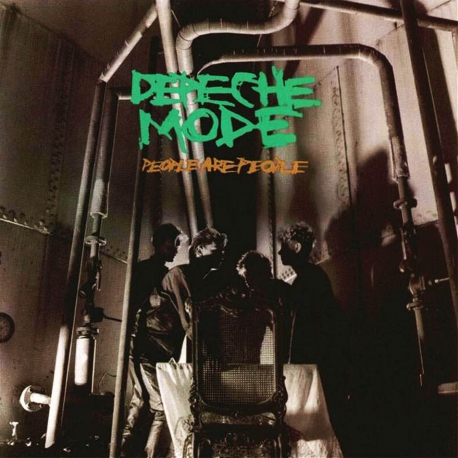 "People Are People" is Depeche Mode's 10th UK single recorded at Hansa Mischraum in west Berlin, and released on 12 March 1984. It was their first hit single in the US and the first single from the Some Great Reward album.

"People Are People" was written by Martin Gore, but the dancy, pop feel of the song may be credited to Alan Wilder. Wilder wrote the B-side, "In Your Memory". Each song has an extended remix, the "Different Mix" and the "Slik Mix" respectively (although the "In Your Memory" mix is often incorrectly called the "Slick Mix"). It was one of the first songs recorded for the album when sessions began at the Hansa Mischraum studio in January 1984.